Unwanted from the moment she’s born, Sunny is determined to escape her life in rural China and forge a new identity in the city. As naïve as she is ambitious, Sunny views her new job in a grueling factory as a stepping stone to untold opportunities. When fate casts her as a company spokeswoman at a sham PR event, Sunny’s bright outlook starts to unravel in a series of harrowing and darkly comic events, as she begins to question a system enriching itself by destroying its own people.

Critically acclaimed when it debuted in a workshop production at London’s National Theatre, THE WORLD OF EXTREME HAPPINESS makes its world premiere in a co-production with Chicago’s Goodman Theatre. “Hard-hitting and bruisingly funny” (Time Out London), this epic new drama by Frances Ya-Chu Cowhig is as fierce and unflinching as the world it examines. Eric Ting directs. 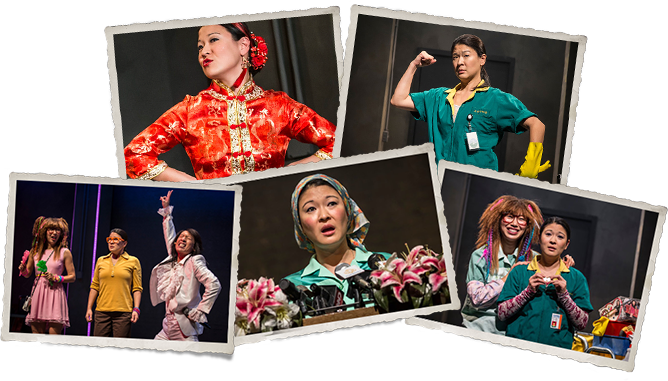